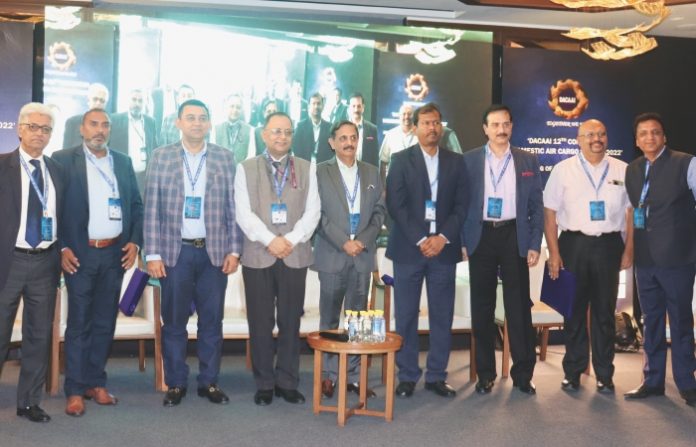 We have huge cargo capacity, and the steps should be taken to improve the same. If more volumes are transported via air, logistics cost will be reduced. To this end, we are improving infrastructure, while MoCA is developing amenities at 600 locations near national highways, says Gadkari at 12th edition of DACAAI Convention.

Nitin Gadkari, Union Minister of Transport and Highways said, “The well-developed air cargo infrastructure will not only benefit the airports, but also the region’s economy. Air cargo has the biggest advantage of speed, it saves transit time and helps global businesses in a big way. Air cargo plays a greater role in giving an impetus to transportation and supply of raw materials and components to the desired manufacturing location. However, it is true that in the domestic market, air cargo share is low, and the challenges are many. We have a huge
freighter capacity, which should be utilised efficiently.” He was addressing the recently concluded 12th edition of the Domestic Air Cargo Agents’ Association of India (DACAAI) Convention in New Delhi.

Movement of cargo via air will help in reducing logistics cost, he said. “We are committed to make our country Atmanirbhar Bharat in the Amrit Kaal—the next 25 years. The foremost thing for that is reducing the logistics cost to 8 per cent of Gross Domestic Product (GDP). It will benefit all the sectors as well as the economy,” added Gadkari.

Focusing on the development of physical infrastructure and adoption of advanced digital solutions, the minister said, “Aviation infrastructure should be developed using the latest technologies. If we can make it efficient and accessible, it will be created in huge numbers. Air cargo has the biggest advantage of speed to save transit time, which can help international businesses in a big way. We have a huge capacity, which should be improved by taking appropriate measures. If we transport more volumes by air, logistics cost will also be reduced.”

Gadkari also focused on boosting domestic perishables trade. He said, “I am in discussion with the Union Defence Minister regarding use of defence aircraft for transportation of fruits, vegetables and agriculture produce.”

He continued, “The aviation sector is developing world-class venture amenities at 600 locations along national highways. The facilities will have dormitories for truck drivers, EV charging facilities, retail shops promoting handicrafts and locally manufactured products. The government is working on developing new airports, and economic capacity of terminals. The potential airports are being laid out through PPP mode, and a decision has been taken to club the bigger airports with nearby smaller ones. This would improve access to markets in tier II and III cities, which will plan and develop air cargo in an integrated manner with the roadways, railways, and waterways linkage.”

The PM Gati Shakti Master Plan would make the country’s products more competitive by cutting down the logistics cost and improving the supply chains. The minister said, “We need to accord top priority to waterways, industrial clusters, digital centres, and economic zones near the river front. We are developing around 35 multimodal logistic parks at a cost of 2 lakh crores. To reduce logistics cost, we have signed an MoU with the Inland Waterways Authority (IWA).”

The Union Civil Aviation Ministry has undertaken initiatives to promote perishables transportation through Krishi Udaan to help improve value realization through better integration and optimization of air transportation. “I would urge the freight forwarders community to make the maximum advantage of these schemes,” concluded Gadkari.

The DACAAI held its Convention with the theme, ‘The Future of Domestic Air Cargo in India: Way Forward.’ The event began with the inaugural address by Suraj Agarwal, the Secretary, DACAAI followed by the lamp lighting ceremony; Arvind Nayak, the President DACAAI; Gaurav Ghuwalewala, the VP and Founder, DACAAI; Amit Bajaj, the Immediate Past President, DACAAI, and air cargo experts and government officials such as Amber Dubey, Joint Secretary, MoCA, Mahesh Malik, CCO, IndiGo Cargo, Kamesh Peri, CEO, Celebi Delhi Cargo Terminal Management India, among others.  The DACAAI members also launched the yearly handbook in the virtual presence of the minister. The focus was on building resilience in the domestic air cargo sector.

Talking about the convention, Agarwal said, “We were planning to have this Convention since 2021 and our yearbook was supposed to be released then, but due to the pandemic it got delayed. The idea is to interact with the stakeholders to take this industry forward. There is a lot of scope, and the numbers that can be doubled easily. We must stick together and discuss to remove the hurdles, restricting growth of the domestic industry. We have the government’s support.”

The experts highlighted how the leading domestic airlines are launching freighters in the coming months to meet the outpouring of demand and new cargo complexes coming up at the regional airports so as to give an impetus to logistics activities from tier II and III cities. The experts focused on the growing e-commerce sector boosting air cargo domestically.

“We have adequate infrastructure, policies and manpower in place to come up to pre-COVID levels in the coming years. We have the government’s support, and are moving in the right direction,” said Nayak. “At present, we need 100 per cent digitalisation to cut down costs and time. Air cargo is all about speed and the industry needs to maintain that.”

Focusing on the crucial areas of concern for the domestic air cargo sector, Ghuwalewala said, “There is shortage in capacity, which has been augmented by bringing in new freighters. There is need for adequate infrastructure to process the transportation of perishables. India has a potential for transportation of perishables, and thus needs more cold chain facilities”.

Kamal Hingorani, CCO, SpiceJet said, “The air cargo capacity will go up in the coming months and I am talking about only the narrow body passenger aircraft that can carry less volumes. Domestic airlines are now bringing in new freighters into industry, which are pure freighters, anything with from 20 to 25 tons capacity typically. I strongly believe there is an opportunity for bringing in more air capacity.”

Focusing on need for industrial collaborations, Amber Dubey, Joint Secretary, MoCA said, “Industrial collaborations will help in achieving the target of 10 million tonnes by 2030 for both domestic as well as international cargo. The industry should collaborate and work towards achieving one mission—growth. All the respective organisations should team up and keep their ego aside and work towards the industry’s benefit,” said Dubey. Focusing on the growing importance and prominence of cargo drones, he added, “Drones will help in transportation of variety of cargo, especially pharmaceuticals, to the remote locations and far off areas.
We will see more cargo drones in the coming years.” He urged the industry to make the best use of adopting cost-effective IT solutions and digitalisation for resilient supply chain operations.”Cargo drones, he said, are here to stay. This is a new breakthrough technology. These drones can go anytime, anywhere. It can go to small payloads from less than a kilo to 2,000 kilos. That is the versatility that this technology brings in.” 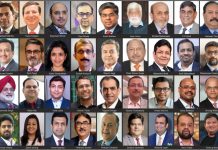 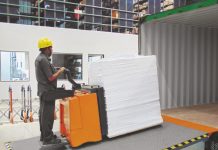 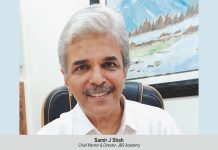 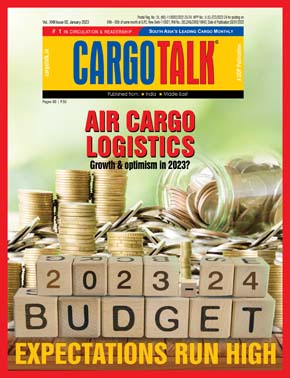 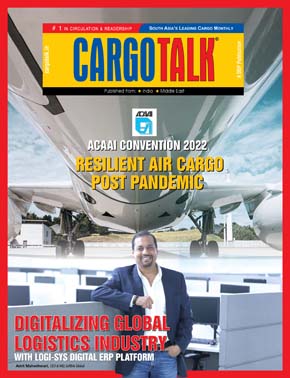 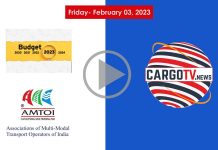 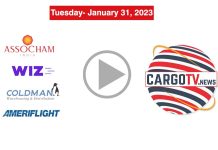 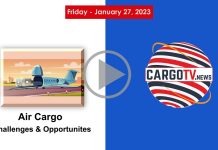 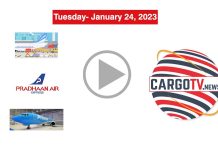